When Lucky sat down with Blake Lively in Germany (where her husband, Ryan Reynolds, just so happened to be wrapping a film), she arrived wearing scarlet lips and a panama hat. The past few days, however, had been spent in ripped jeans and a baseball cap – a far stretch from the floral Givenchy skirt and grommeted Anthony Vaccarello gown she models within the magazine’s September issue pages.

But Serena van der Woodsen, she is not! “I never think about how other people will respond to the way I dress,” she told Lucky. “Dressing up is all about reflecting how I feel.”

For an explanation of why Blake is just as likely to turn up at the grocery store in L.L.Bean moccasins or crystal heels and more surprising quotes, just keep reading. …read more 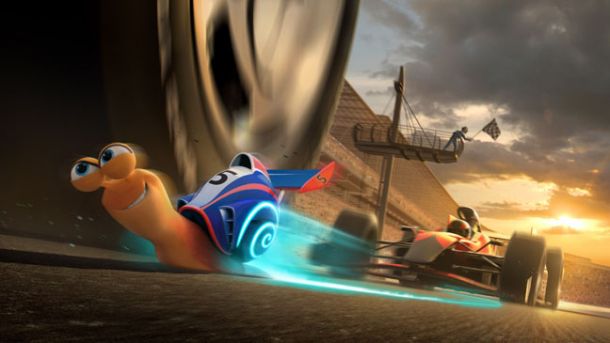 The weekend box office crown went to director James Wan’s The Conjuring, which debuted with $41.5 million. That’s the good news. But the bad news is that poor Ryan Reynolds has the distinction of starring in not one but two box office disappointments this weekend: Turbo and R.I.P.D.

Turbo had one of DreamWorks Animation’s lowest-grossing openings ever with a third place bow of $21.5 million, while the supernatural-themed action comedy R.I.P.D., also starring Jeff Bridges, flopped with a seventh place debut of $12.8 million. R.I.P.D reportedly cost upwards of $130 million to produce.

R.I.P.D. wasn’t the only comic book movie to have a disappointing debut this weekend. The Bruce Willis-led ensemble action comedy Red 2 had a soft fifth place opening of $18.5 million, a lower gross than the original film had. 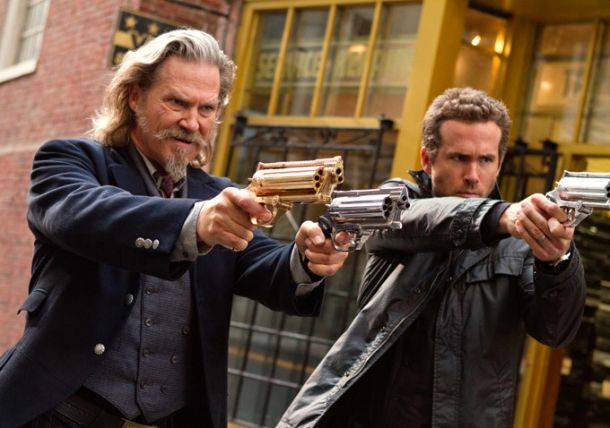 RED and Flightplan director Robert Schwentke’s paranormal action flick R.I.P.D. is based on a comic book of the same name by Peter M. Lenkov. For everyone else involved, it’s a Men in Black sequel that swaps ghosts in for aliens. That’s OK — the MIB franchise rests on chemistry and that’s what makes R.I.P.D. halfway tolerable.

Ryan Reynolds, the perfect leading man who can’t catch a break in Hollywood, stars as Nick, a Boston cop trying to carve out a life with his French lovely, Julia (Stephanie Szostak). Nick has made on major mistake in that genial plan: At his most recent drug bust, he helped his parter Hayes (Kevin Bacon) steal some ancient gold he thinks can be pawned for serious dollars. Why was there ancient gold stashed away in the crates that carried illegal drugs into Boston? This is one of the many blanks R.I.P.D. asks you to fill in. “You have seen enough movies, it should be easy,” the script silently says to us as it speeds along to make its 90-minute runtime. 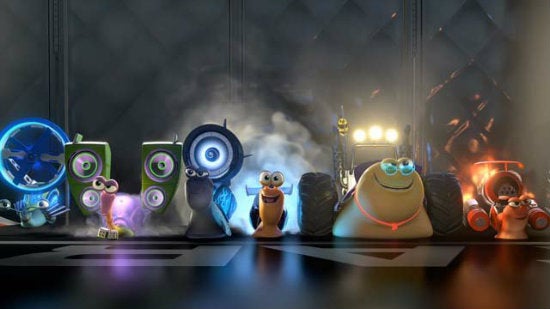 There’s nothing overtly wrong with Dreamworks Animation’s slick (from snail slime) new summer kid-pleaser, but for a movie about a speed-obsessed snail who – just go with it – enters the Indy 500, it sure does sit there. It’s easy, formulaic and light on laughs. But, for those dragged to see it by children, it won’t make you want to rub salt in your eyes. So it’s a faint fail or a faint pass, depending on your resilience.

Ryan Reynolds voices Theo – aka “Turbo” – a snail inexplicably determined to be as fast as a Nascar racer. As if you could hear it coming straight out of a pitch meeting. “Wouldn’t it be funny if a snail wanted to be fast? Because they’re so slow!” Paul Giamatti plays Turbo’s “isn’t the life we have just fine?” brother, Chet, who mostly shouts things like “It’s not natural!” and “That’s not what Mother Nature had in mind!” at Turbo so much that you come to realize, after 10 minutes, that the villain in this film is reality. And after endless bickering between a sourpuss and an contrived dreamer, you begin to resent both sides of the argument.

Audiences had an apetite for horror this weekend as Sam Raimi’s “Evil Dead” reboot won the weekend box office. “Evil Dead” took the number one spot, bringing in $26 million across 3,025 theaters. The horror flick, which stars Jane Levy and Shiloh Fernandez, has received mixed reviews from critics and earned a CinemaScore of C+ from moviegoers.

Action film “G.I. Joe Retaliation” and animated flick “The Croods” both continued successful box office runs, tying for the number two spot. “G.I. Joe: Retaliation,” which stars Channing Tatum, Bruce Willis, and Dwayne “The Rock” Johnson, made $21.1 million across 3,734 theaters. The follow-up to 2009’s “G.I. Joe: Rise of the Cobra,” has reached a total domestic gross of $86.66 million since its release. Featuring the voices of Ryan Reynolds, Nicolas Cage, and Emma Stone, “The Croods” brought in $21.1 million across 3,879 theaters. With a budget of $135 million, “The Croods” has made $125.8 million.

“G.I. Joe: Retaliation” won the box office this weekend, opening to $41.2 million. The long-awaited “G.I. Joe” sequel opened at 3,719 theaters. Starring Dwayne “The Rock” Johnson, Channing Tatum, Bruce Willis, RZA, and Jonathan Pryce, among others, “G.I. Joe: Retaliation” received a CinemaScore of A- from moviegoers. The film, which earned mixed reviews from critics, had a production budget of $135 million.

“The Croods” continued its successful run, taking the number two spot at the box office. The animated flick made $26.5 million across 4,065 theaters. Starring the voices of Emma Stone, Ryan Reynolds, and Nicolas Cage, “The Croods” has reached a total domestic gross of $88.6 million since its Mar. 22 release.

Also opening this week was “Tyler Perry’s Temptation: Confessions of a Marriage Counselor,” which came in third at the box office this weekend. The drama, which features Vanessa Williams, Brandy Norwood, and Kim Kardashian, among others, grossed $22.3 million across 2,047 theaters. “Temptation” earned a CinemaScore of A- from moviegoers. 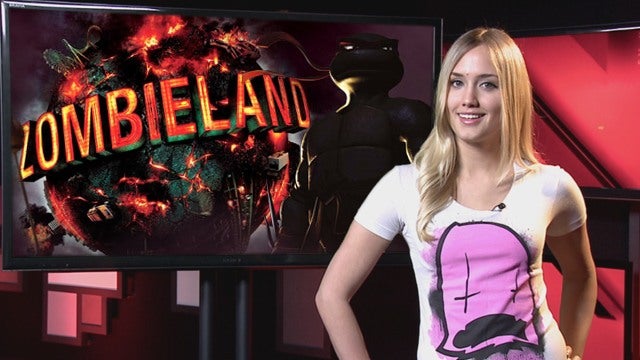 Michael Bay has found his Ninja Turtles, new details on the Zombieland TV show emerge, and Ryan Reynolds isn’t too optimistic about Deadpool or his Green Lantern showing up in JLA. …read more
Source: FULL ARTICLE at IGN Movies Videos

If and when the Justice League of America movie finally happens it will probably won’t see Ryan Reynolds reprising his role as Green Lantern’s Hal Jordan.

“If you’re going to do comic book movies in that vein, you really have to get them right,” Reynolds told Empire. “I believe that Joss Whedon is the guy that just nails it and Christopher Nolan obviously nails it. So if they were gonna do it like that, it would be an interesting thing to do.”

Universal has announced that this summer’s superhero sequel Kick-Ass 2 has been pushed back from June 28 to August 16.

Written and directed by Jeff Wadlow and based on the comic by Mark Millar and John Romita Jr., the movie stars the first film’s Aaron Johnson, Chloe Grace Moretz and Christopher Mintz-Plasse, as well as newcomers Jim Carrey, Morris Chestnut, John Leguizamo and Donald Faison.

With the date change in place, the studio has also bumped up its action flick 2 Guns from August 16 to August 2. That one stars Denzel Washington and Mark Wahlberg.

Additionally, Uni announced that Ryan Reynolds and Jeff Bridges’ R.I.P.D will now be released in 3D on July 19.

Check out the first trailer for Turbo, the upcoming DreamWorks Animation movie about a garden snail (voiced by Ryan Reynolds) who is gifted with super-speed after a freak accident and sets out to achieve his dreams of racing glory.