At the start of this afternoon’s Fox panel at San Diego Comic-Con, The Wolverine director James Mangold started things off with a bit of a dig at that other solo Wolverine movie — “It ended up with a lot of other mutants in it as well,” he joked. 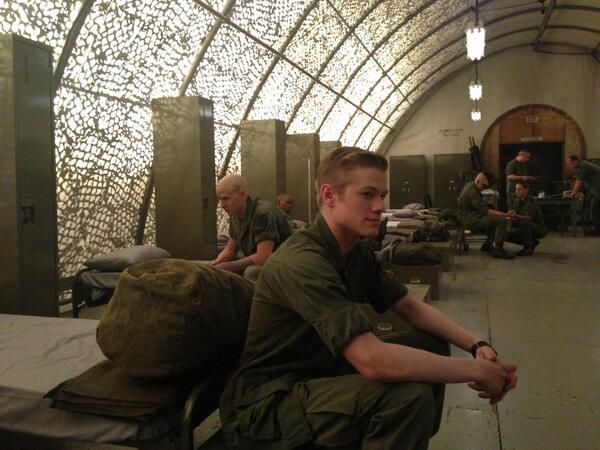 20th Century Fox has been coy about what sort of presence the X-Men franchise will have at this week’s San Diego Comic-Con. The Hollywood Reporter recently confirmed that The Wolverine will be there at Saturday’s Fox presentation, and now a new report claims that, as suspected, X-Men: Days of Future Past will be the panel’s “secret” film.

According to Vulture, “the Bryan Singer–helmed film will be sending over a dozen cast members to San Diego to tease the ambitious sequel.” We already know Hugh Jackman, Jennifer Lawrence, Anna Paquin, Shawn Ashmore, and Peter Dinklage will already be at Comic-Con for, respectively, The Wolverine, The Hunger Games: Catching Fire, True Blood, The Following, and Game of Thrones. So that leaves the likes of James McAvoy, Michael Fassbender, Ian McKellen, Patrick Stewart, Halle Berry, Ellen Page, Evan Peters, Nicholas Hoult, Omar Sy, Daniel Cudmore, and Lucas Till, who Bryan Singer revealed via Twitter is reprising his First Class role of Havok (see the pic Singer tweeted below).

Halle Berry confirmed that she would be returning to her iconic role as Storm in the newest film in the X-Men franchise. She was appearing on “The Tonight Show” where she said she agreed to do it because it’s a great role and — “those residual checks don’t hurt,” she added with a laugh.

“It’s a character that I love and the fans really love the whole series,” Berry said. “They really love Storm. It’s like family. It’s fun to get back together with Hugh and everybody. It’s good fun.”

“X-Men: Days of Future Past” is heading into production soon for a projected release date in the summer of 2014. And Berry won’t be the only familiar face returning to the franchise. Expect to see the returns of Patrick Stewart, Ellen Page and Anna Paquin as well.

Justin Timberlake and his wife, Jessica Biel, had an artsy night out with their friends Amy Adams and Darren Le Gallo last night. We have details on what the two couples got up to in this POPSUGAR Rush, as well as the scoop on JT‘s new gig with Bud Light Platinum. Plus, we’re rounding up the day’s other biggest headlines, including the first photos of Gisele Bündchen and Tom Brady‘s daughter, Vivian, and new directing gigs for Melissa McCarthy and Ellen Page.