Beyond: Two Souls – the upcoming PlayStation 3 exclusive from Quantic Dream set for release this October — finally has official box art. You can check it out below.

We recently went hands-on with Beyond, so be sure to read about our experience. You can also read our recent news that Quantic Dream will remain PlayStation-exclusive, and delve into our extensive Beyond: Two Souls video archive.

But this may be changing, if a report on Kotaku is any indication. The site dug up a job listing for a “lead online programmer” that requires “very deep and high knowledge ofonline

gaming / network developments.” Kotaku notes that Quantic Dream is “also looking for a candidate that has previously worked on a shipped multiplayer AAA title with significant experience in multiplayer gaming.” 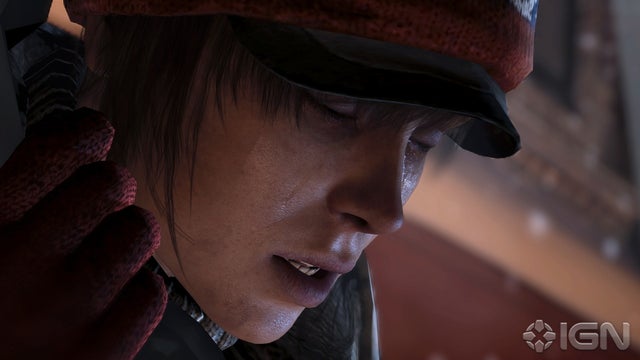 The most conspicuous thing about Beyond: Two Souls is just how unlike a video game it looks. During the 45 minute presentation we saw recently in Paris, we were struck by the number of video game trappings developer Quantic Dream has discarded, even by the studio’s own defiant standards. There’s nothing on the HUD. On-screen prompts are rare. Characters look less like digital puppets and more like famous actors. It’s symbolic that Cage and his gameplay team headed up by Quantic veteran Caroline Marchal have all but done away with the quick-time-events so omnipresent in the studio’s last game, Heavy Rain. Too mechanical. Too distracting from the game’s heart; its story.

These days, third-party exclusives are becoming rare. While Sony came out with a series of them early in PS3’s lifecycle — think Heavenly Sword, Lair, Haze and Resistance: Fall of Man — the company more often than not has to rely on the studios it owns outright to create PlayStation-only content. Twelve such studios exist, from Naughty Dog and Media Molecule to Polyphony Digital and Guerrilla Games, but Sony has also found an interesting source of even more exclusives from the independent French studio Quantic Dream.

Quantic Dream released its first PlayStation exclusive in 2010 in the form of Heavy Rain, and its upcoming PS3 swan song, Beyond: Two Souls, is due out this October (we recently played it, if you’re interested in learning more). The studio also recently confirmed that it’s working on its first PlayStation 4 game after rumors began to circulate that the game is called Singularity.

PlayStation 3 gamers were quite smitten with Heavy Rain when it came out back in 2010, and French developer Quantic Dream hopes to recapture that with Beyond: Two Souls, its PS3 swan song due out in October of this year.

But the studio, not owned by Sony but making nothing but PlayStation exclusives these days, has revealed that it does indeed have another project in the works. In an interview with Eurogamer, Quantic Dream’s Guillaume de Fondaumiere declared that the studio will “try and reinvent” itself with its first PlayStation 4 game.

“Innovation is part of our DNA,” he told the website. “We’ve never duplicated ourselves. We never clone ourselves or other people’s projects; we always try to create unique experiences.”

Sony should be applauded for a fantastic – and intensely focused – PlayStation 4 unveiling event this past week. Sure, the Quantic Dream and Media Molecule portions of the conference were misses, but by and large Sony kept its inaugural PS4 messaging focused on the core gamer and all of the core gamer-friendly services the PS4 offers – an effective strategy not only given that Sony needs to win those people back, but also because the early adopters who will pay the console’s asking price will be the dedicated, hardcore players.

And now that it’s over, you can bet that Microsoft was watching intently and taking notes. Odds are it already has its presentation reasonably locked-in, but the company would be negligent – and not to mention foolish – if it wasn’t at least a bit reactionary to Sony’s event. After all, that’s the trade-off for going second: it can afford to be. On the one hand, Microsoft is in a position to tweak their Xbox 3 reveal based on Sony’s event. On the other, however, Sony has set a rather high bar. Here’s what Microsoft needs to do with their imminent next-gen Xbox reveal in order to trump Sony’s event.

Quantic Dream founder and CEO David Cage has been at the forefront of bringing emotion to interactive entertainment. He’s spent his life, thus far, building new technology that allows him to bring memorable stories to life that put the player front and center. Unlike many games, Quantic Dream titles constantly challenge gamers to make important decisions, and these decisions take both an emotional toll on the player and spin the narrative into new directions. …read more
Source: FULL ARTICLE at Forbes Latest

Sony has showed what the PlayStation 4 is capable of through a series of live gameplay demos and tech previews featuring Epic Games Unreal Engine 4 and brand new technology from Quantic Dream that brings lifelike humans to gaming and Capcom with its Panta Rhei engine. Here are five must-have games that look like they’ll showcase what PS4 means for the future of interactive entertainment. …read more
Source: FULL ARTICLE at Forbes Latest

French developer Quantic Dream released its first game, Omikron: The Nomad Soul, way back in 1999. But with the release of the 2010 PlayStation 3 exclusive Heavy Rain, the studio created a bona fide critical and commercial hit, and speculation about what the team would do in the future became a common point of discussion in the gaming industry.

We know that Quantic Dream is currently toiling away on another PlayStation 3 exclusive – Beyond: Two Souls – slated for release in 2013. And now, thanks to Games Industry International, we have official confirmation that David Cage and his team are working on another game. 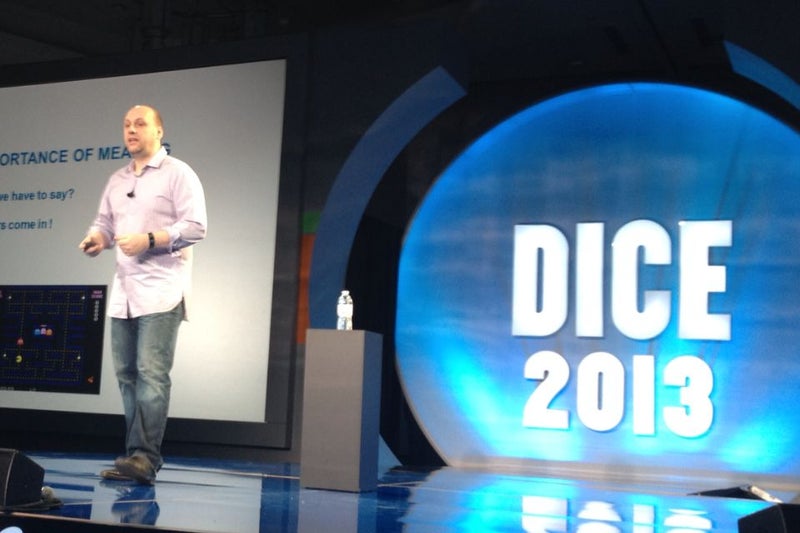 As the sun set on the rusted haze of the Las Vegas skyline, the first day of DICE 2013 came to a close. All day long, leaders, pioneers and mavericks from the interactive entertainment industry took to the stage – then to the barstools – to discuss what’s next in video games.

We sat down with David Cage, CEO of Quantic Dream, to talk about the future of the business and more. Here’s what he told IGN.

French Canadian composer Normand Corbeil — known in gaming for his soundtrack for the PlayStation 3 exclusive Heavy Rain — has passed away after battling with pancreatic cancer. He was 56 years old.

Word comes from NeoGAF (via Polygon), which spotted this thread on a cancer support forum. The thread was reportedly started by Corbeil’s son, Laurent Bastien Corbeil.

Corbeil, born in Montreal, Quebec on April 6, 1956, was a well-known Quebecois composer with an extensive resumé. In addition to his work on Heavy Rain, he was also working on the score for Quantic Dream’s next PS3 exclusive, Beyond: Two Souls. It’s unclear if Corbeil was also connected to Quantic Dream’s still-unconfirmed next generation PlayStation game, presumably named Singularity.

While its current endeavour of Beyond: Two Souls may not even have a fixed release date yet, it seems Quantic Dream is wasting no time on starting its next project.

The French developer has registered the domain name for SingularityPS4.com (spotted by Kotaku). In the past, the company has registered both HeavyRainPS3.com and BeyondPS3.com, so it seems pretty likely that the studio is already working on creating a game called Singularity for Sony’s PlayStation 4.