Hideo Kojima has tweeted several pictures of himself in a mo-cap suit, leading to speculation about what it could be for.

The images show the legendary Metal Gear Solid creator in a series of poses, including crouched behind cover and holding a gun.

And someone pass the gun to me? pic.twitter.com/oOvP79nJwj

As it currently stands, we have absolutely no idea why the developer has donned the suit. Seeing as the upcoming Metal Gear Solid V: The Phantom Pain will definitely make use of mo-cap, has the game director just decided to try the costume on for size in some downtime? Or, dare we hope, does this mean he’ll be making an easter egg cameo in the game as a nameless goon?

Refreshingly, my on-screen avatar is not a soldier or a space-marine or a person with a gun this time. It is a badger. Not an anthropomorphic cartoon badger, just a simple four-legged snuffling creature with five cubs nestled around her (him? For me, it’s a her). The cubs yip and mewl, frolicking around a turnip in the ground that I dig up and feed to the weakest of them, a greyed-out little form sprawled pitiably on the floor of this underground burrow. The cub eats, and stands, and joins the others as they follow me out of the sett and into the world, where I keep nervously looking behind me to check that they’re still there as I hunt around for things to feed them. I am responsible, and they are hungry and helpless. I did not know that being a badger was so incredibly stressful.

Less than two months after release, Marvel Heroes has received a major update introducing sweeping changes across the board.

Among the most significant of the changes is the addition of what are called Eternity Splinters. These are a new form of currency which replace the existing hero token drops and Cosmic Keys, the latter of which will be converted into Splinters upon their removal from the game on August 2.

Rather than unlocking them through rare, random drops, additional heroes can now be purchased in any order players wish with Splinters.

According to the official update notes, drops of Splinters are affected by players’ Special Item Find stat. They are intended to dropped at a rate which will “make Marvel Heroes slightly faster than other free-to-play games in terms of getting free heroes.” New heroes are currently the primary thing that can be purchased with Splinters, but there are plans to add more options in the future.

F1 2013 will not require players to utilise a one-time multiplayer activation code to access the game’s online modes.

“We recently reviewed the VIP Pass activation system and took the decision not to include it in either F1 2013 and F1 2013: Classic Edition,” a Codemasters spokesperson has told MCV.

“Players will not be required to activate multiplayer functionality via a VIP Pass code and we have no plans to replace the pass with an alternative paid-for activation system in the game when it launches this October.”

Microsoft has outlined in greater detail its recently revealed reputation system for Xbox One, explaining the specifics of the new system in an Xbox Wire post penned by Microsoft’s Michael Dunn, program manager on Xbox Live.

“If you don’t want to play with cheats or jerks, you shouldn’t have to,” writes Dunn. “Our new reputation model helps expose people that aren’t fun to be around and creates real consequences for trouble-makers that harass our good players.”

Your reputation score will ultimately see you slotted into one of three, colour-coded groups: “Good Player” (green), “Needs Improvement” (yellow), or “Avoid me” (red). Where you sit on this spectrum will be reflected on your gamer card.

Naughty Dog has delivered word that the first real details on the upcoming downloadable content for The Last of Us will be coming soon.

In a Reddit Ask Me Anything, game director Bruce Straley and creative director Neil Druckmann were repeatedly asked for details on the highly anticipated DLC. While neither of the two were willing to offer up any specifics on what the DLC may entail, Druckmann did state, “News is on the way about the first DLC drop. Should hear about it this month,” presumably referring to some point in August.

Straley reiterated what we already knew from the announcement of The Last of Us Season Pass, which is that there are plans for one single-player story DLC and two multiplayer DLC releases. The latter seems likely to center around new maps, but it’s anyone’s guess as to when the single-player DLC will be set or which characters it will include, although Druckmann did concede that some characters from the game will be returning.

Grand Theft Auto V has been rated R18+ by the Australian Classification Board.

The consumer advice identifies drug use as the sole ‘High Impact’ element. The remaining classifiable criteria (themes, violence, language, nudity, and sex) are noted in the marginally less severe ‘Strong Impact’ column. You can inspect the rating here. 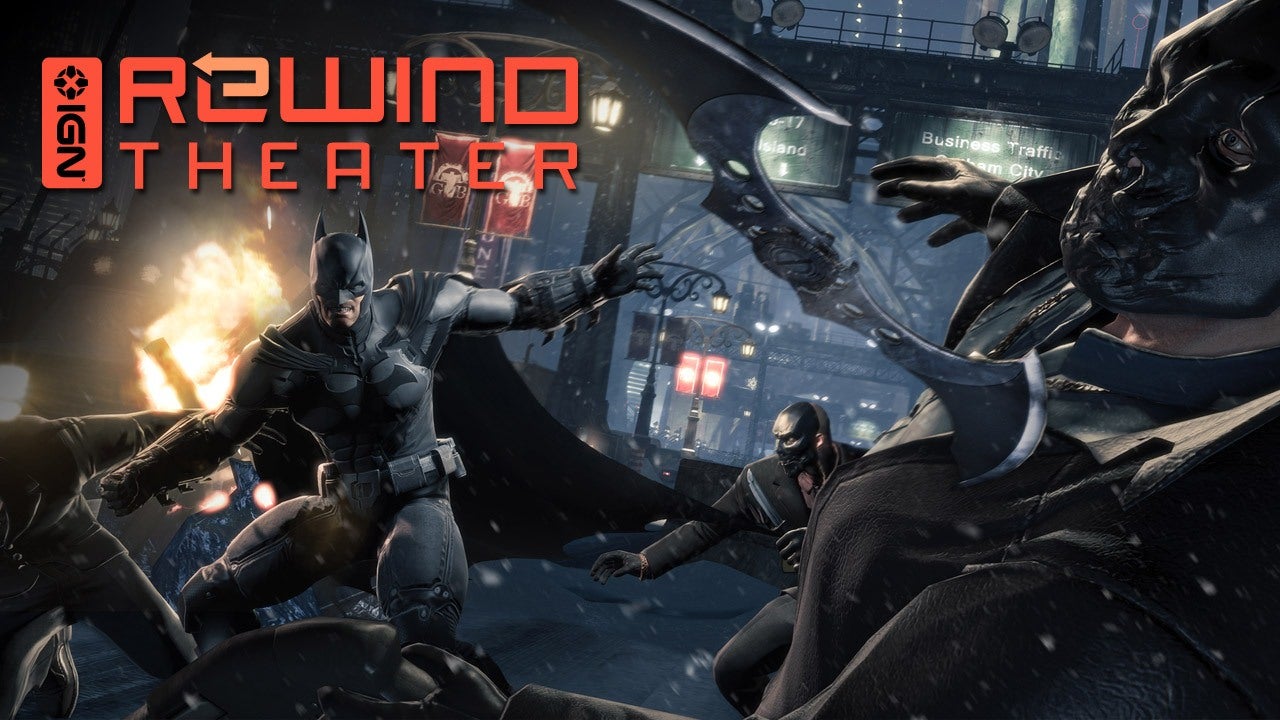 What kind of crazy weapons are the gang using? Which Robin is that? Rich and Chuck explain what’s going on in Batman: Arkham Origins’ multiplayer trailer. …read more

Blizzard is teasing a “special announcement” at Gamescom. In an invitation sent to press today, Blizzard teased, “We’re making a special announcement that’s sure to capture the attention of the Heavens, Burning Hells and all the shadowed places that lie between.”

The description seems to be hinting at Diablo-related news, and could mean we’ll finally see the reveal of the Diablo III expansion that Blizzard confirmed last year.

Gamescom will run from August 21-25 in Cologne, Germany, with Blizzard’s press conference set for August 21st. Be sure to check back to IGN in August for all the news from the show as it’s announced. 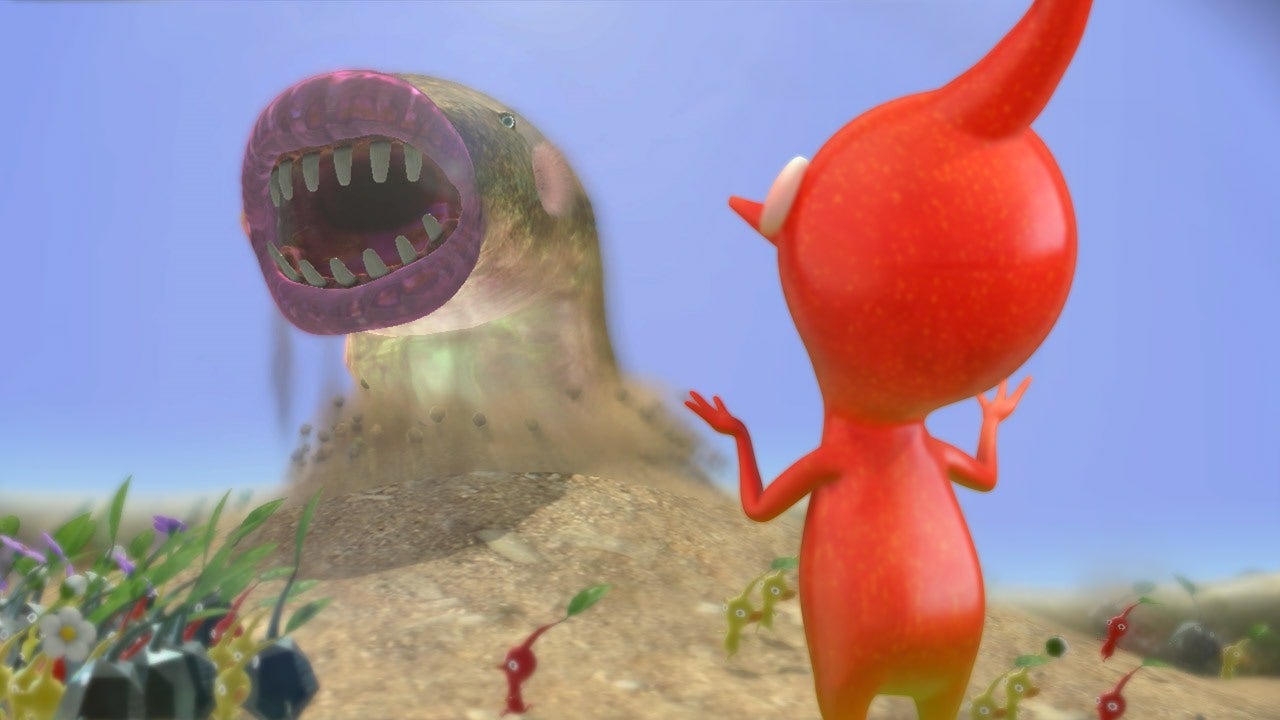 The first batch of tickets for this year’s MineCon will be available online beginning today.

Eager to join the ranks of publishers getting a cut of the lucrative mobile gaming business, Facebook has announced a new pilot program that will help mobile game developers’ titles to better stand out from the pack.

The program, known simply as Mobile Games Publishing, won’t see Facebook turning into a traditional games publisher that has a hand in the development process. Rather than providing funding and oversight, Facebook will instead focus on the marketing aspect of the publishing business. It will offer targeted advertisements to its mobile users (which number upwards of 800 million per month) and offer analytics tools to developers in return for a portion of participating games’ revenues.

EA has revealed that Star Wars Battlefront is “likely” to be released in summer 2015.

During EA’s annual meeting of stockholders today, CFO Blake Jorgensen said Battlefront will “most likely come out around the same time that the Star Wars movies start to come out, probably in the summer of ’15.”

This fits with the timeframe for Star Wars: Episode VII that was previously announced by Lucasfilm at CinemaCon in April.

Star Wars Battlefront was announced at E3, but no timeframe for release had been indicated until today. Previously, EA said its Star Wars games wouldn’t arrive until April 2014 at the earliest. 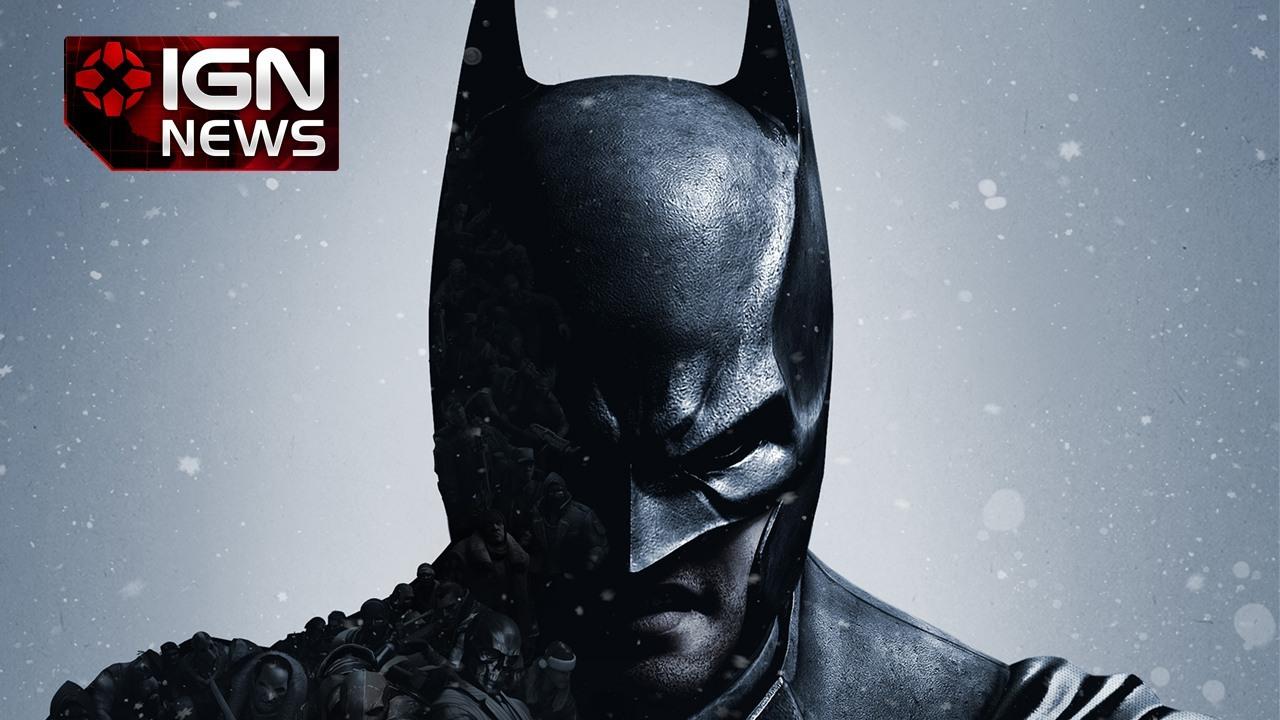 XCOM: Enemy Unknown fans may soon find themselves with new content to play according to an online listing for something called XCOM: Enemy Within.

Three listings for the new title have appeared on South Korea’s Game Rating Board website, each for a different platform: Xbox 360, PlayStation 3, and PC. Entries for encrypted Enemy Unknown files containing the phrase “XCOM EW” can also be found on SteamDB, a website that tracks content found on the Steam network. 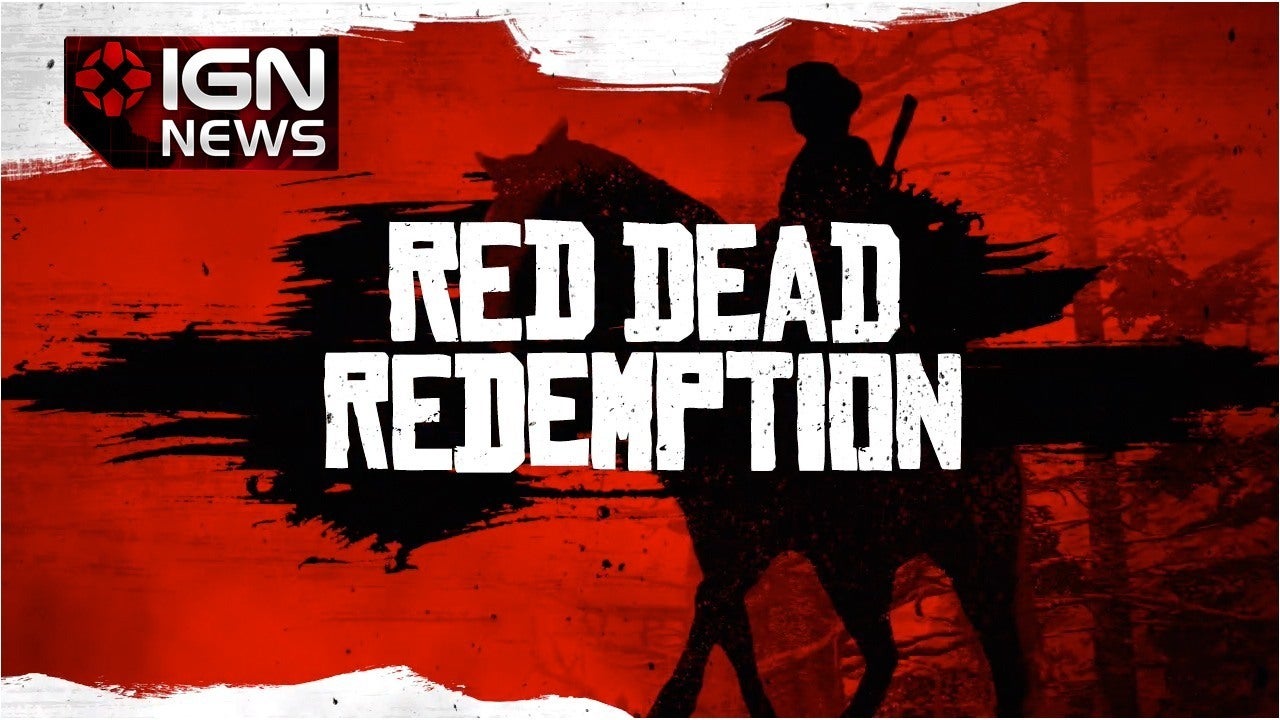 In an investor call last night, Take Two CEO Strauss Zelnick, talked about the future of its franchises. Included in those mentioned was Red Dead. …read more 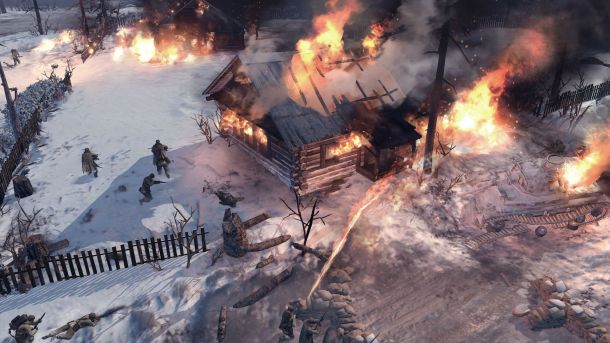 Sega Sammy, the holdings group born from a 2004 merger between Sega and former arcade giant Sammy, reported its earnings for the first quarter of fiscal year 2014 on Wednesday. Sega has moved 380,000 units of its recently launched real-time strategy game Company of Heroes 2 during the time period, but it’s important to note those figures only reflect sales up to June 30–a mere five days after launch. 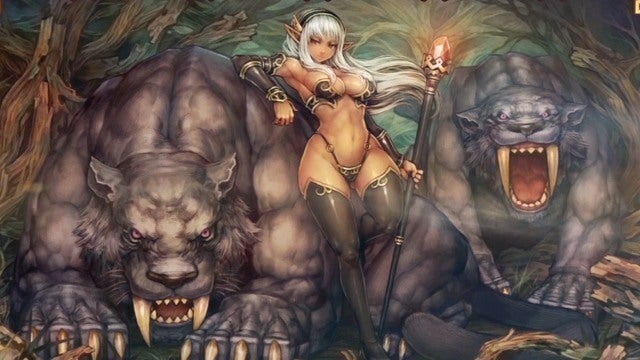 Whether on PS3 or Vita, Vanillaware has delivered one hell of an old-school action-RPG. …read more

Every day hundreds of new apps make their debut on the App Store, and hundreds more are updated or reduced in price. We have sifted through the noise and highlighted those select few that might be worth your attention. For more mobile game trailers, reviews and news be sure to Subscribe to IGNMobileGames on YouTube.

A smart twist on the common endless runner genre brings two characters into competition against each other, running on opposite sides of the same line – that line being a heart rate monitor, too. Who will emerge victorious? Lub, or Dub? 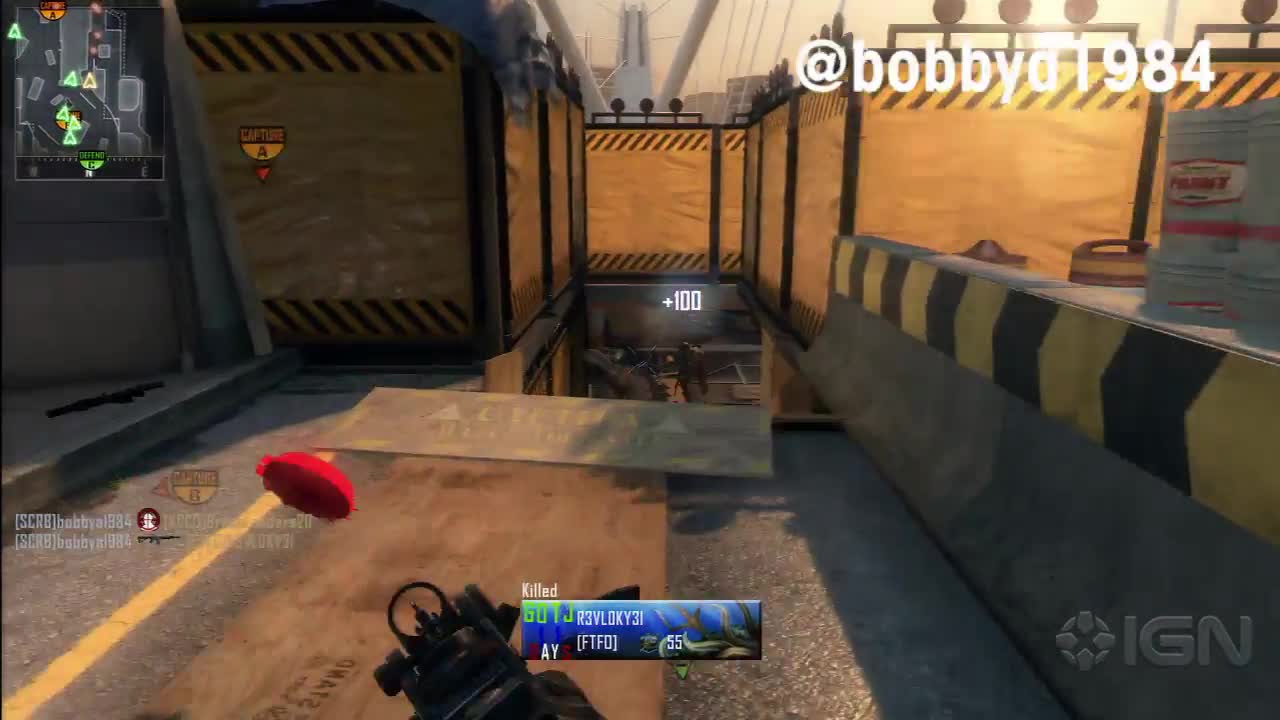 The YMCA turns into a battleground in this week’s Call of Duty commentary. …read more