NEW YORK, Sept. 13 (UPI) — Rapper Lil Wayne said on the chat show “Katie” in New York this week he plans to retire from performing in five years when he is 35. …[more]

Sony’s first earnings report of the new financial year is in and it eked out a profit, albeit a small one. The $35 million net profit is an improvement from last year’s results for the same period, and the good news is most pronounced in its mobile products and communications department. Revenue grew 36 percent from last year, partially due to changes in the value of the yen, but also thanks to higher sales for smartphones — 9.6 million units — and a higher average selling price. The games division recorded an operating loss for the quarter, as sales of the PS3, PSP and PS2 dropped slightly while spending on research and development for the upcoming PlayStation 4 rose. Sony’s new TV strategy may have shown some results, with year-on-years sales up 18.2 percent and attributed to an “improved product mix in LCD TVs” and cost reductions. 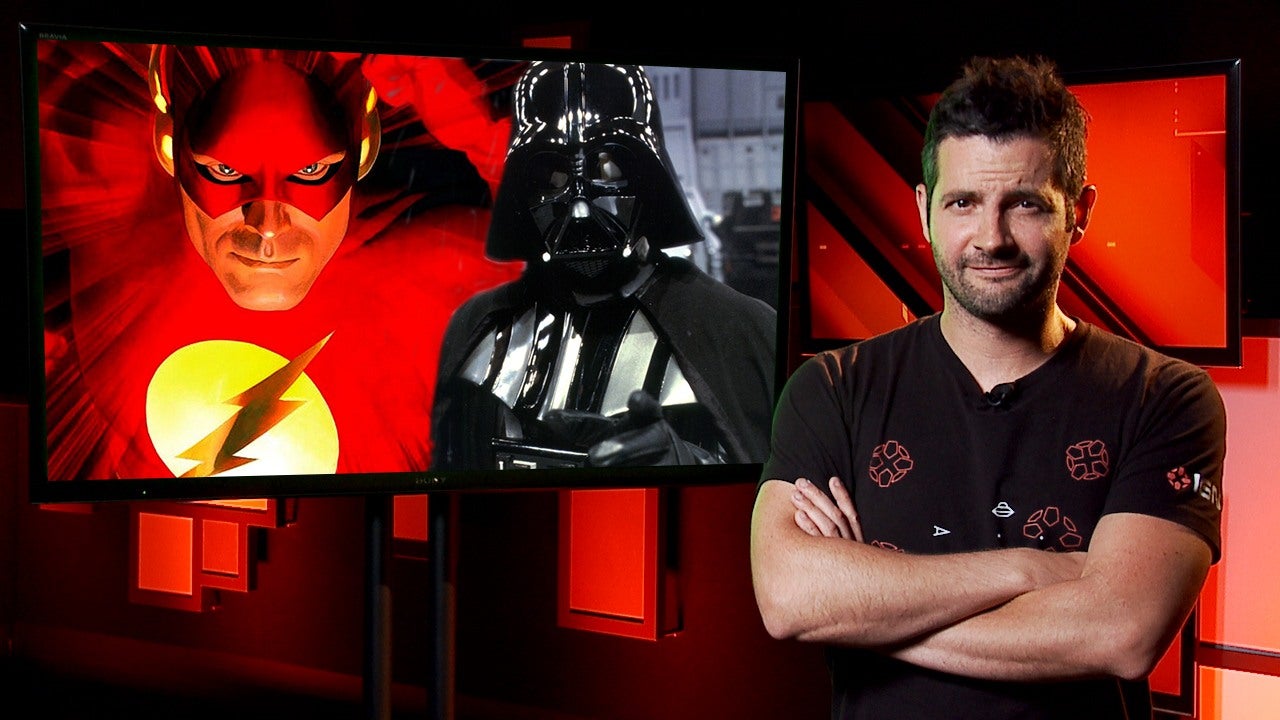 The Flash is speeding to TV, details emerge about the Supernatural spin-off, and all the hottest news out of Star Wars Celebration. Plus, the Week in Awesome! …read more

Showtime have made a new leap when it comes to providing their subscribers with access to their shows as quickly as possible, with the Showtime Anytime service adding live east and east coast feeds this week. Showtime notes this “marks the first time a premium network has offered live TV viewing on an authentication service.”

Authenticated Showtime Anytime subscribers can click on the Live TV button and be given the option between Showtime East and Showtime West immediately. This obviously is of great interest to west coast viewers, who can watch new episodes of series like Dexter, Ray Donovan, Homeland and Shameless as they air live on the east coast.

A new device from Google makes it easy to stream video from several popular services to a high-definition TV. Chromecast is tiny enough to dangle from a keychain when not in use, but it packs a big punch for a low price. …read more

CBS says net income rose 11 percent in the latest quarter, beating the expectations of analysts even as a dispute with one of its key TV distributors continues. …read more

People who thrive on foodie television shows wide-eyed and salivating, just wishing to have just a taste of the gastronomic masterpieces made on their big screens – should pack their bags for Las Vegas! 2013 continues to be a big year for celebrity chefs opening concept restaurants in Sin City. Below TravelsinTaste has showcased some of the most exciting restaurant additions to The Strip highlighting your favorite TV chefs and judges. …read more

By Kevin Coupe, Contributor I’m old enough to remember a little something called Must-See TV … that’s what NBC used to call Thursday nights, when it broadcast situation comedies like “The Cosby Show,” “Mad About You,” Cheers,” and “Seinfeld,” as well as dramas like “Hill Street Blues” and “E.R.”  The idea was that you had to stay home on Thursday nights to watch the best of what TV had to offer.   And those were the days before the plethora of cable channels vastly expanded what was available to the average viewer;  three or four major networks almost a monopoly on the audience of people who wanted to watch TV. …read more

Considering how hard his company has been trying to obtain a legal death warrant for Aereo, president Les Moonves affected a suspiciously nonchalant air when talking about the streaming TV service on Wednesday’s earnings call. …read more

The Breaking Bad Season 5 finale’s new trailer has been released, sparking huge excitement among fans of the hit TV show, who are also eagerly awaiting for Netflix to start streaming the new season on August 2. …read more

The Breaking Bad Season 5 finale’s new trailer has been released, sparking huge excitement among fans of the hit TV show, who are also eagerly awaiting for Netflix to start streaming the new season on August 2. …read more

Capt. Kirk and the crew of the Enterprise had a five-year mission. But one of the starship’s shuttles has been on a nearly 50-year mission that ends Wednesday.

The shuttle craft Galileo, which appeared in seven episodes of the original Star Trek series, is settling in Wednesday at its final landing place, the National Aeronautics and Space Administration’s space center in Houston.

It has been a long voyage for this nearly full-size shuttle that was built for “The Galileo Seven” episode, which first aired in January 1967. The historic TV prop might never have made it to the space center if it wasn’t for a first-class Star Trek fan….

(CBS News) CULPEPER, Va. — There are moments that define America, and the record of many of them are stored in a vault in Culpeper, Va.

But these videotapes, some 50 years old, are deteriorating, and there is a race to preserve the history they contain.

“I think an important thing is to capture people’s memories, to take people back to the day when they first saw Carol Burnett tug on her ear, or the day when Walter Cronkite couldn’t hardly finish his sentence in November 1963, when Kennedy was shot,” says Rob Stone, the Moving Image Curator of the Library of Congress….

Teri Hatcher has insisted that a Desperate Housewives film would be amazing. The comments will be exciting news for fans of the hit TV show, who would welcome a movie version of the show in their millions. …read more

After a month delay and a price drop, Nvidia has started shipping the US$299 Shield handheld gaming console via its website and online retail stores.

Shield looks much like a traditional gaming controller, but it has a 5-inch pop-up screen that can display images at 720p (1280 x 720 pixel) resolution. The hardware has Nvidia’s latest quad-core Tegra 4 chip, which can support a resolution of 3200 x 2000 pixels so games can be played in full high-definition on attached TV sets.

The Shield is available from Nvidia, Newegg, GameStop, Microcenter and Canada Computers.

Fortune doesn’t always favor the fictional. In the 2013 Fictional Fifteen, our annual calculation of the richest characters from books, movies, comics and TV, six characters saw their net worth fall enough to drop them off the list –whether as a result of charitable giving, criminal behavior, or just plan stupidity. …read more

In a recent Brand Keys survey among that most-desired of demographics (men and women, 18-49 years old), we asked about the animated TV series they watched most often, here’s how the top-10 ranked: Simpsons Archer Futurama Family Guy Bob’s Burgers Venture Brothers Aqua Teen Hunger Force South Park American Dad King of the Hill You’ll probably be hearing a lot of “D’ohs!” in the near future. Not because “The Simpsons” was #1 on our list, but because the figure of one billion dollars is being floated around as regards Twentieth Television, a unit of TV’s syndicated division, plan to market reruns of the network’s long-running animated comedy “The Simpsons.” Yes, a billion dollars! That’s $1,000,000,000.00. …read more

Every day at noon, a 30-minute line winds outside the 900-square-feet store of Xi’an Famous Foods in midtown Manhattan. Many of those in line may be unfamiliar with Xi’an, a city in western China’s Shaanxi Province and home to the terracotta warriors. Yet they all know the city’s signature dishes—spicy cumin lamb burgers, cold skin or hand-ripped noodles, and lamb “Pao-Mo” soup—thanks to Xi’an Famous Foods’ six branches in New York City and their surging popularity across a diverse crowd. Some of their more well-known customers include food program TV hosts Andrew Zimmern and Anthony Bourdain. …read more 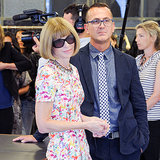 The CFDA/Vogue Fashion Fund is no stranger to being documented on camera, but this year’s finalists are getting something others haven’t: a TV series.

Vogue, the CFDA, and Condé Nast Entertainment have been working with the arts-focused network Ovation to produce a series called The Fashion Fund. The show, which will begin airing six one-hour episodes this December, has all the hallmarks of other competitive reality shows: a field of diverse and talented contestants, tests of the designers’ design skills and business savvy, and a grand prize that includes $300,000 and a year of mentoring with an industry giant.

“This is the real deal,” said Ovation’s chief creative officer, Robert Weiss, in a statement. “There have been a lot of fashion competition series on television, but nothing comes close to matching the authenticity and talent found in The Fashion Fund.”

The Fund, which celebrates its 10th anniversary this year, has been dipping its toes into reality programming ever since it started. The documentary Seamless followed the 2004 finalists Doo-Ri Chung, Alexandre Plokhov, Jack McCollough, Lazaro Hernandez (who won that year’s prize) as they created their presentations for the Fund’s selection committee. In 2011 and 2012, Vogue produced a web series that also chronicled the finalists’ journeys to the ultimate prize. It was called, naturally, The Fashion Fund.