(Phys.org) —The floor of a NASA hangar and an adjacent laboratory in Southern California’s high desert have been in constant motion this month as scientists prepare their instruments for installation on two of the agency’s specialized science aircraft that will begin a major NASA airborne science campaign in early August. …read more

A former Southern California teacher who allegedly gave birth to her student’s baby has pleaded guilty to having sex with a minor and will be sentenced to a year in jail. …read more

An unruly crowd surged through downtown Huntington Beach in Southern California last night following the US Open of Surfing, brawling, looting a bicycle shop, clashing with police and trashing property before authorities broke up the melee and made arrests, authorities and witnesses say. Police say more than 100 officers from… …read more

Police say eight people have been arrested after a rowdy crowd surged through downtown in the Southern California city of Huntington Beach after the U.S. Open of Surfing, fighting and damaging property. …read more

For all its glitz and glamour, Los Angeles can be an exhausting city (just ask any local about the traffic and parking, which have become as ubiquitous with the metropolis as its Hollywood landmarks). One doesn’t need to venture out of Los Angeles County to find reprieve, though; Catalina Island, one of Southern California’s best-kept secrets, lies just 22 miles off the coast. …read more

Filed under:
Highly intrigued, we recently visited a Southern California Gas Company office to check out several hybrid vehicles promising something new. Unlike more commonplace gasoline-electric hybrids, we were there to evaluate innovative gasoline-compressed natural gas (CNG) hybrids – yes, they run on unleaded gasoline and compressed natural gas. According to the experts on hand, this arrangement delivers extended range and reduced emissions while chipping in with lower operating costs than pure-gasoline vehicles. There are advantages over its gasoline-electric counterparts, as well.

The program is part of a three-way collaboration between The Carlab, a Southern California-based automotive consulting firm, Landi Renzo USA, a company specializing in alternative fuel solutions, and America’s Natural Gas Alliance, a group that promotes CNG. Long story short, the team has engineered a way to allow a modified internal combustion vehicle to seamlessly switch between two fuels (gasoline and CNG) with no driver intervention. In theory, and if it works as well as promised, it’s a win-win for the vehicle owner and the environment.

Parked at the Gas Company office were six different gasoline-CNG hybrid vehicles. To demonstrate the technology’s versatility (just about any gasoline vehicle may be modified) Carlab brought a varied assortment of bodystyles, each from a different automaker. After taking a quick glance at the half-dozen in the parking lot, we made a beeline for the performance-oriented Ford Mustang GT – a 2012 model – with the six-speed manual gearbox.

A 2-year-old girl is recovering after she was bitten and dragged by a coyote at Southern California cemetery.

The three-wheeled Campagna T-Rex has been in production since 1995, featuring a variety of motorcycle engines to power it along the way, but Canada-based Campagna has never been able to sell it in the US as a street-legal vehicle. All that changed with the company’s new owners. The T-Rex recently was certified here to be sold and registered for the street as a motorcycle, and we were able to test the latest model, the BMW-powered T-Rex 16S, around Southern California in May. We found it to be particularly entertaining on a twisty road, if not a replacement for a daily driver, and now Jay Leno’s Garage has captured the fun on video.

Previous Campagnas have used motorcycle engines from Kawasaki, such as in the T-Rex 14R, and Harley-Davidson, in the V13R, but the newest model uses a BMW Motorrad-supplied 1600cc six-cylinder engine and six-speed sequential transmission (modified by Campagna to house a reverse gear) from its K1600 motorcycle, which, with 160 horsepower and 129 pound-feet of torque, pairs nicely with the three-wheeler’s 1,150-pound weight. Believe it or not, Campagna’s vice president of sales, Michel Paukette, says the 16S is wider than a Corvette ZR1 by two inches and, thanks to the wide front stance and low weight, is able to pull 1.1 g around a skidpad on performance-oriented street tires. 0-60 miles per hour comes in about four seconds, making it quick by any standard. If that, and the $62,000 price tag, is too much of a handful, then customers can still order the less-expensive 14R or V13R.

But Leno’s favorite T-Rex engine is the BMW mill in the 16S, which is a step up from the V13R and 14R both in performance and refinement. Amenities that are found in the K1600, such as satellite radio, Bluetooth and USB ports, can be found in the 16S, though Leno makes a good point that the stereo system might be useless with the engine sitting directly behind the cockpit. Watch the video below for more information on the 16S and, more importantly, to see Leno wring out that beautiful-sounding engine.

Campagna T-Rex roars into Jay Leno’s Garage originally appeared on Autoblog on Mon, 22 Jul 2013 20:00:00 EST. Please see our terms for use of feeds. 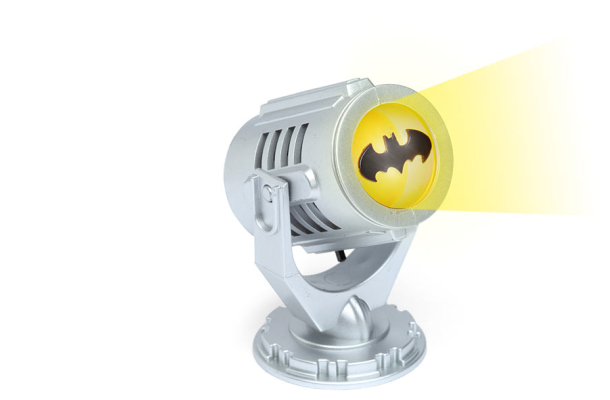 San Diego Comic-Con is over! The world’s greatest artists and brightest stars gathered in Southern California for five days of panels, previews, and reveals. Couldn’t make the visit in person? Fear not, IGN was there for you, reporting on every event. And if you want to take a little piece of the show home with you, check out this stellar collection of comic book memorabilia deliverable straight from the internets to your front door.

Thousands of people were allowed to return to their homes in Southern California mountain communities near Palm Springs on Sunday, after firefighters aided by heavy rain made substantial progress against a week-old wildfire that has burned across 42 square miles and destroyed seven homes.

Firefighters in Southern California aided by heavy rain in the mountains above Palm Springs were starting to turn the tide Sunday on a stubborn wildfire that has burned across more than 40 square miles, destroyed a handful of homes and forced the evacuation of thousands of people. …read more

Pastor Rick Warren is scheduled to preach at Saddleback Church in Southern California next weekend, marking his return to the pulpit about three months after he lost his 27-year-old son. …read more

Firefighters got little help from Mother Nature on Saturday as much-needed rainfall from expected thunderstorms didn’t materialize for a huge wildfire burning in the Southern California mountains near Palm Springs.

The threat of weekend thunderstorms could bring much-needed moisture to a huge wildfire in the Southern California mountains near Palm Springs. …read more

Residents of another 700 homes were advised to retreat to safety on Friday as crews fighting a wildfire in the mountains above Palm Springs grew increasingly concerned about the possibility of unstable weather and erratic winds that could last through the weekend.

We have a feeling Siskel and Ebert would have given these wedding invitations two thumbs up.

Southern California couple Joshua and Rachel Watson took inspiration from their favorite films and TV shows when they crafted the invitations for their June 1 wedding. With the help of photographer Jordan Nakamura, the Watsons inserted themselves into posters for films such as, “Casablanca,” “Inception” and “Mad Men,” then sent guests a DVD case with one of the posters as the cover and a CD of their favorite music inside.

Joshua, a photographer, told HuffPost Weddings in an email that he and Rachel, who works in film and television, felt “burnt out” with traditional wedding and engagement photography. “[Traditional photography] seems a little ‘cut-and-pasted’ to us,” he said. “We wanted our engagement and wedding to be the first time we actually collaborated and created something together, and decided to produce this.”

By Ken Silverstein, Contributor It’s not a bombshell. But it is the fallout from the retirement of two nuclear units dotting Southern California’s coastline. Southern California Edison has just filed a so-called Notice of Dispute on its former vendor, Mitsubishi Heavy Industries. …read more

Authorities say a power outage in Southern California has left at least 123,000 customers in the dark in San Diego and Orange counties.

San Diego Gas & Electric spokeswoman Jennifer Ramp says the blackout began at just after 11:40 p.m. on Thursday and continued into the early morning hours of Friday.

Ramp told KNBC-TV (http://bit.ly/13ECZkb ) that the company’s entire south Orange County customer base was without power. That includes the cities of Mission Viejo, San Clemente and San Juan Capistrano, as well as Camp Pendleton in neighboring San Diego County.

The company is investigating the cause of the outage.

Longtime resident Dave Jones was back in his Southern California home a day after evacuating, but remained ready to leave as a huge wildfire fire threatened to top a ridge near his mostly empty mountain town.

The walls were bare in the home where he’s lived for the past 40 years after the 64-year-old and his wife stowed the valuable mementos, along with more practical items, like clothes, jewelry, medicines and the computer hard drive before heading to their son’s home in nearby Hemet.

“The fire came right up by the ridge yesterday afternoon, gave everybody a pretty good scare that it was going to come down the hill,” Jones said Thursday night.

The last time he evacuated for a fire it was 1997, and he stayed away for four days. Jones said he considered the order he got Wednesday “a light evacuation” and wasn’t afraid because he knows of a controlled dirt road to use as “an escape route” if fire does come down that ridge.

Forest Service spokesman John Miller said firefighters had made “great progress” by late Thursday night given the tough conditions and terrain, and evacuations were called off for a small handful of the thousands under orders to leave.

But the 35-square-mile blaze remained just 15 percent contained and had been growing in an atypical manner. The majority of the 3,300 fire fighters are on the western flank of the fire, near Idyllwild.

“Usually it cools down at night and we get more humidity. That hasn’t happened,” said Tina Rose, a spokeswoman for the California Department of Forestry and Fire Protection. “It’s been burning like it’s daytime for 72 hours in a row.”

Temperatures were expected to dip into the 60s overnight before creeping up into the 80s on Friday.

“What we’re concerned about is what you see right here,” said U.S Forest Service Fire Chief Jeanne Pincha-Tulley, pointing to a hazy sky. “When you get a column that puts out this much smoke, embers get into the column and can drop anywhere.”

She added the column was expected to go right over Idyllwild for the next two days. While authorities said only 5 percent of the town rebuffed evacuating, they cautioned they might not be able to help those who remain if conditions worsen.

Two types of small beach critters—both cousins of the beloved, backyard roly-poly—are suffering localized extinctions in Southern California at an alarming rate, says a new study by UC Santa Barbara scientists. As indicator species for beach biodiversity at large, their disappearance suggests a looming threat to similar sand-dwelling animals across the state and around the world. …read more