Fairchild reported first quarter adjusted gross margin of 27.8 percent, down 200 basis points from the prior quarter and the first quarter of 2012. Adjusted gross margin excludes accelerated depreciation related to a line closure. Adjusted net loss was $2.0 million or $0.02 per diluted share, compared to net income of $12.3 million or $0.10 per diluted share in the prior quarter and $8.3 million or $0.06 per diluted share in the first quarter of 2012. This adjusted net loss excludes the $12.6 million litigation charge reversal related to the recent favorable court ruling on the first Power Integrations lawsuit. See the Reconciliation of Net Income to Adjusted Net Income exhibit included in this press release for more details on the other adjustment items.

“First quarter sales and second quarter guidance are better than seasonal,” said Mark Thompson, Fairchild’s chairman and CEO. “Bookings were robust throughout the first quarter and so far through Q2 at about a $400 million quarterly rate. These strong order rates are especially evident for our direct OEM business which is booking at the highest level since 2010. We posted solid sales growth in our high voltage products serving the industrial, appliance and automotive markets as well as continued market share gains for our mobile analog and power management solutions. These markets now account for 74% of total company sales, the highest

“We are gratified that after more than eight years of litigation, the appeals court has validated positions we have asserted since the lawsuit began,” said Mark Thompson, Fairchild’s chairman and CEO. “We are hopeful that we might begin a dialog with Power Integrations toward a more effective means of resolving disagreements over our technologies and Fairchild’s intellectual property rights.”

In 2006, a jury found Fairchild infringed four Power Integrations patents and awarded $33.9 million in damages, which was subject to tripling because the infringement was found willful. Damages were later reduced to $12.9 million by the trial court. In Tuesday’s ruling, the Federal Circuit eliminated the lower damages amount as well, stating that Power Integrations‘ evidence of damages was “derived from unreliable data and built on speculation.” In vacating the damages award, the court found “there was no basis upon which a reasonable jury could find Fairchild liable for induced infringement.” The court also threw out the earlier ruling of willful patent infringement by Fairchild. The ruling validates longstanding arguments made by Fairchild in multiple lawsuits involving the two companies.

The appeals court instructed the lower court to conduct further proceedings to determine damages from conduct that Fairchild always agreed occurred, which consisted of approximately $500,000 to $750,000 worth of sales and imports of affected products. Fairchild believes Power Integrations would be entitled to a reasonable royalty on the basis of these direct U.S. sales. Fairchild suspended sales of affected products in the United States in 2007 and offers replacement products that were not accused in the lawsuit.

The findings that Fairchild infringed two Power Integrations‘ patents were also overturned by the ruling, calling into question the validity of those patents and whether they cover Fairchild’s products. Further proceedings will be needed to determine the effect of the Federal Circuit‘s rulings on the meaning of several …read more
Source: FULL ARTICLE at DailyFinance

By Charles Riley and Mark Thompson

It looks like a Russian rescue of Cyprus is off the table, at least for now.

Talks between Russian officials and the government of Cyprus broke up early Friday, with no agreement on a cash infusion that could have helped the tiny island nation to secure an EU bailout.

Russian investors were ultimately not interested in the plans proposed by the Cypriot finance minister during a trip to Moscow, Russia‘s finance minister said Friday, according to state run news agency RIA Novosti.

One proposal was for Russian investors to develop the country’s natural gas reserves. But the Russians will stand aside while Cyprus tries to find a way to recapitalize its insolvent banks with help from the so-called troika of European Central Bank, European Commission and International Monetary Fund.

Another way Russia could contribute is by relaxing the terms of an existing €2.5 billion loan to Cyprus.

“We’re waiting for a decision by the troika, based on which we will react and make a decision on our participation in the debt restructuring,” Russian Finance Minister Anton Siluanov said.

Cyprus is racing against the clock to secure a €10 billion bailout from the European Union to avoid financial collapse.

The island nation’s banks are being kept afloat by emergency funding from the ECB, but that will end on Tuesday without a deal.

The fear is a full-on run on Cyprus‘ banks — a development that could ultimately threaten the country’s membership in the eurozone.

Officials have been scrambling to find ways to raise €5.8 billion since the country’s parliament threw out an unprecedented plan to tax bank deposits earlier this week. Without the money, Cyprus can’t access the rescue offered by the EU, and two of its biggest banks are likely to fail.

The Cyprus parliament is set Friday to vote on the latest plan to restructure the country’s banks, a critical step towards securing an EU bailout. A government spokesman implored the parliament to pass the plan.

“The next few hours will determine the future of this country,” the spokesman said.

CNN’s Alla Eshchenko in Moscow contributed to this report.

Vaas wasn’t always Vaas. Ubisoft Montreal initially sketched out concepts for a more physically imposing villain for Far Cry 3, a brutish man meant to intimidate with his size and scars rather than subtlety. Why did Vaas, a fairly non-threatening-looking dude with a haunting personality, come from this abandoned antagonist?

“We absolutely didn’t get it right on the first go,” executive producer Dan Hay tells IGN. 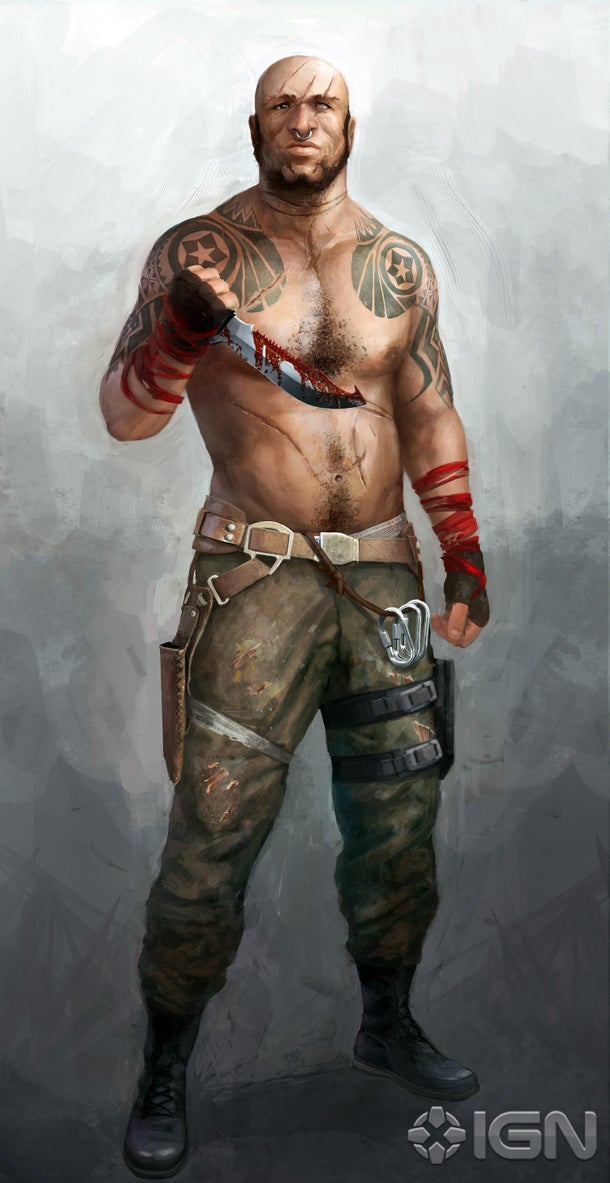 Bull, half blind and having presumably won a bare-knuckle boxing match with a grizzly, sports a nose-ring, broad jaw, and elaborate tribal tattoos. Distinctive traits for a potential Big Bad? Sure. Boring? Absolutely. The bald brute 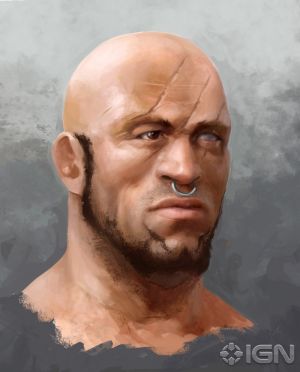 stereotype seems to have invaded almost every action game imaginable during the past decade. Bull was “like a 300-pound, six-foot-tall bullmastiff dog,” level design director Mark Thompson says. That changed after actor Michael Mando auditioned for the role.