Follow along with our liveblog below to find out what they had to say about the final season.

Footage-wise, they replayed the conceptual footage that was shown here last year. But the panel concluded with a new look at the monster film. And it was glorious.

It was essentially a trailer establishing the tense mood and epic disaster movie scale of the project. We see lots of shots of the U.S. military in action, Olsen and Cranston looking panicked and running around, and then finally a scorpion-like kaiju attack on an airport.

An adoring crowd (some of whom camped out overnight) packed into Ballroom 20 to show their continued devotion to The X-Files today at Comic-Con. It’s already hard to believe that it’s been 20 years since we first met FBI agents Fox Mulder and Dana Scully, and the agelessness of David Duchovny and Gillian Anderson only made it more so. The panel yielded plenty of laughs, but those seeking information about a possible third X-Files movie were left with merely a few coy teases from series creator Chris Carter. But really, what better way to celebrate The X-Files than with a frustrating lack of answers?

The panel included the men behind all your favorites episodes: Darin Morgan, his brother Glen Morgan, James Wong, David Amann, John Shiban and two men who were nominated for Emmy’s this morning, Howard Gordon (Homeland) and Vince Gilligan (Breaking Bad). Gilligan stated that he learned everything he knew about writing and producing for television from his time on The X-Files, and spoke about meeting Bryan Cranston for the first time when he guest-starred in the Season 5 standout, “Drive.” 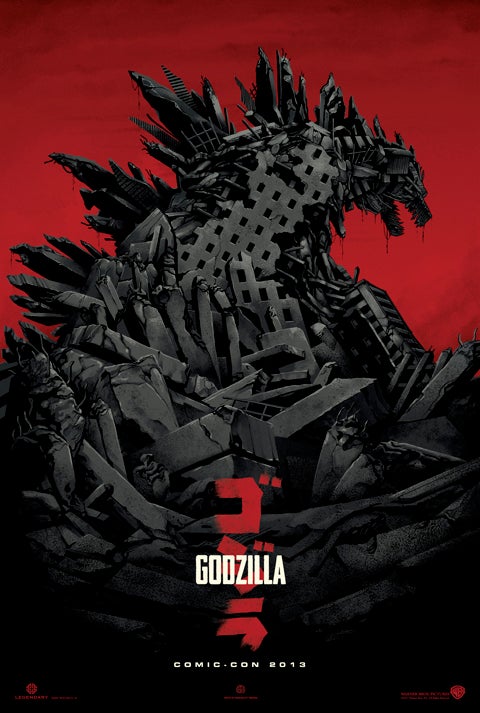 Director Gareth Edwards has already teased that there is something big happening on the Godzilla front as Comic-Con. And in anticipation of that, IGN has the world premiere of the poster that will be debuting in San Diego this week.

Is Kanye West headed back to “Saturday Night Live” for the first time since 2010? That’s the report from Page Six, which claims that West will perform on the May 18 edition of “SNL.”

Before getting too excited, note that NBC did not confirm the Page Six rumor. A spokesperson for the show told The Huffington Post that the May lineup is not finalized. As always, guest bookings are not official until they are officially announced by the show. Thus far, only Zach Galifianakis is locked in for a May appearance (May 4), with indie-rock outfit Of Monsters and Men acting as that episode’s musical guest.

West’s last “SNL” appearance was a memorable one. He appeared on the Oct. 2, 2010 episode, which was hosted by “Breaking Bad” star Bryan Cranston, and performed two songs: “Runaway” and “Power.” That latter track features West dissing the venerable sketch comedy series (“F–k ‘SNL‘ and the whole cast …”), but the rapper changed the lyric for broadcast. His performance of “Runaway” (which also provided Cranston the opportunity to say “Pusha-T”) was noteworthy for the stage design and use of ballerinas, with unprecedented use of art direction and staging for a musical guest on “SNL.”

Bryan Cranston earned a coveted spot on the Time 100 list and the magazine asked his fellow AMC star Jon Hamm to do the write-up.

“The first time I met Bryan Cranston, he was standing in his underwear. We were doing a photo shoot for a little-known network called AMC, and he was in a rubber chemistry apron, tighty whities and desert boots, while I was in an impeccably tailored 1960s suit, with slicked-back hair and a cigarette dangling from my mouth,” Hamm wrote. “Our shows hadn’t premiered yet. We were simply two actors, in costume and out of context. He was friendly, funny, gregarious, humble and lovely.”

The already star-powered cast of Kung Fu Panda 3 will see the addition of Bryan Cranston, Mads Mikkelsen, and Rebel Wilson.

They join the likes of Jack Black, Angelina Jolie, and Seth Rogen in the tDreamWorks Animation threequel. “Continuing on his now legendary adventures of awesomeness, Po must face two hugely epic, but very different threats: one supernatural and the other a little closer to home,” according to the studio’s official statement.

Given the $1.3 billion global gross and two Oscar nominations earned by first two installments, that story appears to be a recipe for success.

Even though Cranston currently portrays Walter White in the intense and dramatic Breaking Bad, his previous animation work on Madagascar 3: Europe’s Most Wanted and his comedic turn on the long-running Malcolm in the Middle make him a great fit for the silliness of the Kung Fu Panda movies.

The final season of “Breaking Bad” could be spoiled thanks to a stolen script.

In early March, series star Bryan Cranston reported one of the final “Breaking Bad” scripts was stolen from his car in December along with a bag containing an iPad. According to ABC News, the Bernalilo County Sheriff’s Office arrested suspect Xavier McAfee for burglary, but the script has still not been recovered.

The complaint filed in early March revealed one of Cranston’s employees was contacted by a “confidential informant” after hearing a man at a bar brag about how he broke into a car and took items, including the “Breaking Bad” script.

Director Gareth Edwards has posted a video from the set of his forthcoming reboot of Godzilla.

It’s hardly the most illuminating behind-the-scenes vid, the Brit simply stating that “we’ve just finished the first shot, and it went great.”

But posting a video diary this early in proceedings suggests that there will be many more to come from the lengthy shoot.

Chris Tilly is the Entertainment Editor for IGN in the UK and implores you to go see Gareth’s Monsters if you haven’t already. His poor excuse for banter can be found on both Twitter and MyIGN. 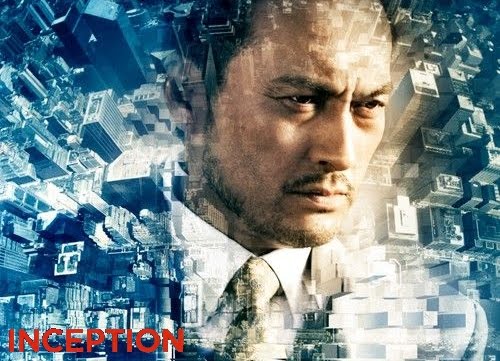 Batman Begins and Inception actor Ken Watanabe will reunite with Warner Bros. and Legendary Pictures. for their remake of Godzilla, which the studios announced began filming today in Vancouver.

Gareth Edwards is directing the film from a screenplay by Max Borenstein, Frank Darabont and Dave Callaham. Godzilla opens May 16, 2014.

By The Associated Press

ALBUQUERQUE, N.M. — A fast-food burrito chain in Albuquerque has become an international tourist attraction as people come from all over the world to see the spot where a fictional drug trafficker runs his organization. A pastry shop sells doughnuts topped with blue candy designed to resemble crystal meth. A beauty store has a similar product — crystal blue bathing salts.

As “Breaking Bad” finishes filming its fifth and final season in Albuquerque, the popularity of the show is providing a boost to the economy and creating a dilemma for local tourism officials as they walk the fine line of profiting from a show that centers around drug trafficking, addiction and violence. “Breaking Bad” follows the fictional character Walter White, a high school chemistry teacher turned meth lord.

Albuquerque has seen an unexpected jump in tourists visiting popular sites from the show and local businesses cashing in on its popularity. Tourists are also flocking to sites that before the show were unknown and unimportant: the suburban home of White, played by Bryan Cranston; a car wash that is a front for a money-laundering operation on the series; a rundown motel used frequently for filming; and the real-life burrito joint, which is a fast food chicken restaurant on the show. The Albuquerque Convention & Visitors Bureau has even created a website of the show’s most popular places around town to help tourists navigate, and ABQ Trolley Co. sold out all its “BaD” tours last year at $60 a ticket.

“They ask if they can take pictures. They ask if Gus is here,” said Rachel Johnson, 19, a shift manager at the Twisters burrito restaurant in Albuquerque’s South Valley, referring to the show’s character Gus Fring, played by actor Giancarlo Esposito. The eatery has served as the location for the “Los Pollos Hermanos” restaurant where Fring runs his drug operation on “Breaking Bad.”

Other popular shows over the past decade like “Sex and the City” and “The Sopranos” have generated tours and widespread interest in the filming locations, but “Breaking Bad” has seen a unique twist with drug-themed products that have been springing up around Albuquerque.

Debbie Ball, owner of The Candy Lady store, recently capitalized on the show’s popularity by selling blue “Breaking Bad” meth treats — sugar rock candy that looks like the meth sold on the show. Ball provided her candy as props of the show in the first two seasons and said she has sold 20,000 bags of the stuff at $1 apiece. She also launched her own “Breaking Bad” limo tours this year with a driver dressed as Walter White.

“The show is amazing,” said Ball. “I don’t live too far from Walter White‘s house.”

A pastry shop called Rebel Donut has among its …read more
Source: FULL ARTICLE at DailyFinance

“Breaking Bad” is coming to an end, but fear not, it’s going to be a “roller coaster ride to hell,” according to Bryan Cranston.

In HuffPost TV’s exclusive video below, the cast takes viewers behind the scenes of the final “Breaking Bad” episodes.

“‘Breaking Bad,’ the season finale, is going to be so incredible,” Bob Odenkirk says. Aaron Paul‘s response? A devilish laugh and then, “Yes.”

Though I have to say, the first one was better…