A top official of the World Wide Fund for Nature says that two gangs of heavily armed poachers from Sudan are heading for northern Cameroon to slaughter elephants. WWF Cameroon conservation director Hason Njiforti said Tuesday that despite armed guards Cameroon‘s dwindling elephant population is being decimated by international poaching rings. Early this year, poachers traveled more than 1,000 kilometers (620 miles) on horseback from Sudan, crossing through the Central African Republic to reach northern Cameroon‘s Bouba Ndjida National Park where they killed more than 300 elephants in two months. The killings wiped out about 80 percent of the park’s elephant population. Njiforte warned that intelligence surveillance shows that two large groups of the same armed poachers are again on their way to Cameroon, travelling through the Central African Republic.
Source: Fox World News

In a story Nov. 30 about allegations of abuse at a Guatemalan psychiatric hospital, The Associated Press reported erroneously that 300 children were found held in isolation there. The rights group Disability Rights International says it found a total population of about 340 patients but saw only a few in isolation, including a teenager. The story also said that the Inter-American Commission on Human Rights participated in the investigation. Two rights groups conducted the investigation, then submitted their findings to the commission. A corrected version of the story is below: Human rights groups say they found women and children subjected to abuse at a public psychiatric hospital in Guatemala‘s capital. The investigation was conducted by the Human Rights Office of the Archbishop of Guatemala and Disability Rights International, and the findings were submitted to the Inter-American Commission on Human Rights. Executive Director Nery Rodenas said Friday that the probe found patients in the Federico Mora hospital suffering from a lack of medical attention, along with abuse by staff and inmates from a neighboring prison who were allowed into the hospital. The commission called for Guatemala to swiftly address conditions in the hospital. Investigators found more than 300 children and adults at the facility. It said it found that newly admitted minors were kept in isolation cells, and patients in locked cells had died of preventable diseases due to lack of medical attention.
Source: Fox World News

Note: Full spoilers for the episode follow.
Apologies for this review going up late, as I was on a work trip to Vancouver when this episode of The Clone Wars aired.
The bright blue version of The Clone Wars logo at the start of this episode was fun – a nod to R2-D2, just as they’ve used a red version for the Darth Maul-centric episode. Unfortunately, what followed that logo was… less than fun.
This episode just didn’t work. It’s not that The Clone Wars can’t do a light-hearted, humorous storyline, but this one fall flat.
Colonel Meebur Gascon wasn’t funny. And WAC-47 really wasn’t funny. Just a week before, The Clone Wars went for a classic bit of cartoon slapstick (Byph running in place as he was held back) and I loved it – but when WAC walked into a wall, while boasting about his abilities, it felt obvious and tired. They say comedy is timing and the timing was off in this one.
Continue reading…
Source: IGN Movie Reviews 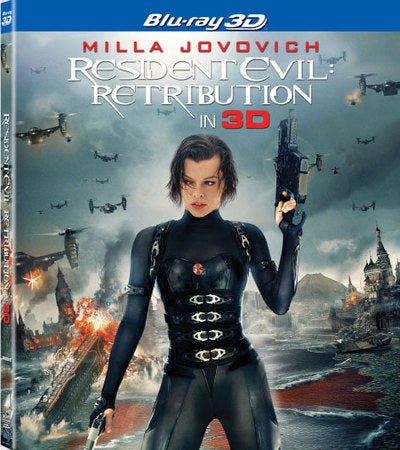 A U.S. appeals court has upheld the U.S. Federal Communications Commission's authority to require mobile carriers to enter into data roaming agreements with each other.
Source: Latest from Computerworld

Although Google’s Android has made some impressive leaps forward over the last two years, roughly half of its users aren’t seeing those improvements because 50.8 percent of Android devices are still running Android 2.3, known as Gingerbread.

The figure comes from Google’s developer website, whose data is based on the number of devices that have accessed Google Play within a given 14-day period.

As Dwight Silverman at the Houston Chronicle points out, Google released Android 2.3 on December 6, 2010 – two years ago this week. The new data from Google, updated Monday, shows that the two-year-old Gingerbread still has wider distribution than any other version of Android.

Android 4.0, known as Ice Cream Sandwich, appears on 27.5 percent of devices, according to Google’s data. Android 4.1 and 4.2, both known as Jelly Bean, appear on 5.9 percent and 0.8 percent of devices, respectively.
To read this article in full or to leave a comment, please click here
Source: PCWorld

The Supreme Court ruled Tuesday that the federal government is not automatically exempt from paying for damage caused by temporary flooding from government-owned dams.
Source: Fox News – Politics

Apple’s patent license agreement with HTC will not be put entirely under seal, except for the pricing and royalty terms, a court in California ordered in a patent infringement lawsuit between Samsung Electronics and Apple.

Judge Lucy H. Koh of U.S. District Court for the Northern District of California, San Jose division ordered Monday that the patents covered under the agreement will not be sealed. The Judge was ruling on a motion to seal the entire agreement between Apple and HTC.

A motion to seal before a court requests that documents and evidence should be prevented from being available to the general public.

“There are compelling reasons to seal pricing and royalty terms, as they may place the parties to the agreement at a disadvantage in future negotiations, but there is nothing in the remainder of the agreement that presents a sufficient risk of competitive harm to justify keeping it from the public,” Judge Koh wrote in her order.
To read this article in full or to leave a comment, please click here
Source: PCWorld

Available today, fans can now download WWE Superstar Ryback as part of WWE 13’s DLC and play as the unstoppable beast who never seems to get enough nourishment. Yes, the “Feed Me More” chant has been heard echoing on RAW over the past few months, as Ryback has attempted to end the reign of WWE Champion CM Punk, with the two of them set for another match – a TLC Match – at the TLC PPV this coming Sunday.
I had a chance to talk to Ryback about now being available to all as a character in WWE 13, his reaction to the “Golberg” chants and his dream opponent.
IGN: It must be a trip to not only be a part of the main event scene, but now also be in your first video game.
Continue reading…
Source: IGN Video Games

Today, Far Cry 3 finally launches, and it’s pretty damn good. The open world shooter promises to keep gamers busy with a massive map to explore and a whole lot to do in terms of story, side quests, collectibles and more.
Interesting news has surfaced today for PlayStation 3 gamers in particular, because Far Cry 3 on the PS3 is getting exclusive DLC. The DLC pack is called High Tides.
High Tides will give players two new co-op chapters: Jailbreak and Redemption. “High Tides will take place where the original six co-op chapters left off,” Meghan Watt, the writer of the co-op campaign, explains. “These are the gang’s final moments, and we’re really challenging ourselves to go all-out. We’ve got new missions, tougher fights, bigger competitions, some great up-close time with your favorite characters, and explosive moments unlike anything you’ve seen before.”
Continue reading…
Source: IGN Video Games

The following is a breakdown of what happens next month if lawmakers fail to reach a deal — as well as the Democratic and Republican proposals.
Source: Fox News – Politics

Secretary-General Ban Ki-moon is strongly urging North Korea to reconsider its decision to launch a rocket which would violate U.N. sanctions.

North Korea has informed the International Maritime Organization that it plans to launch a satellite between Dec. 10-22. The embarrassing misfire of its last rocket eight months ago earned the country widespread international condemnation.

The Vita/PS3 game tailor-made for downloadable content is finally getting its first set of four optional releases. And one of them is free!
Source: IGN Video Games

President Obama is expected to make the first picks for his Cabinet and other high-ranking posts in the next couple of weeks – with national security nominees likely to come first.
Source: Fox News – Politics

Watch “Harvest” from the Crimson map pack in action as 343’s Mike Ellis chats with us.
Source: IGN Video Games

The Oakland Raiders confirmed Tuesday that the father of coach Dennis Allen died Monday night from heart problems that caused him to be hospitalized last week.
Source: ESPN Headlines

An official says Iraq has banned a plane carrying a Turkish Cabinet minister from landing in the autonomous Kurdish region.

The head of the Iraqi Civil Aviation Authority Nassir Bandar said Turkish Energy Minister Tanir Yildiz’s plane was supposed to land in Irbil airport, but it was denied the permission to do so. He cited lack of legal approval.

Relations between Iraq and Turkey have been strained after fugitive Sunni vice president Tariq al-Hashemi took refuge in Turkey following accusations by the Shiite-led government that he was running death squads. Turkish officials rejected Baghdad‘s request to hand over al-Hashemi, who was tried and convicted in absentia.

The central Baghdad government and Kurds have been involved in disputes over land, power sharing and rights to develop natural resources.
Source: Fox World News

VMware and EMC today confirmed rumors that have been circulating for weeks that it would spin out its big data and platform as a service (PaaS) cloud products into a new division within the company named Pivotal Initiative, which will be led by former VMware chief Paul Maritz.
Source: Latest from Computerworld